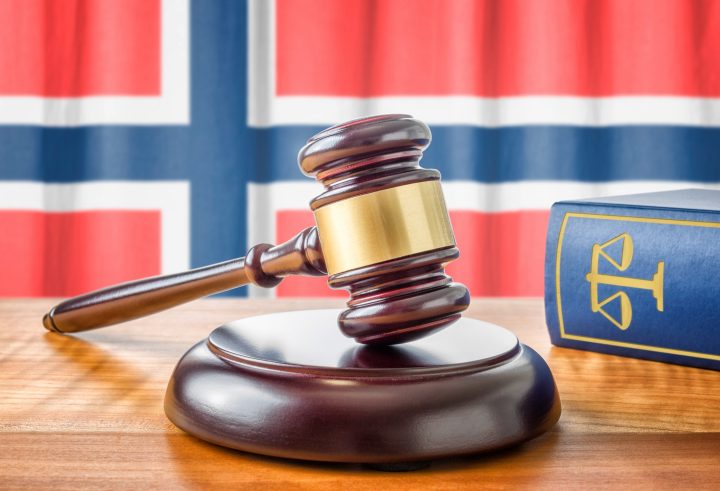 On November 28, 2018, the Norwegian Supreme Court ruled in the dispute between the right holders organization TONO and the TV operator RiksTV regarding RiksTV's distribution of television channels in the digital terrestrial network. The Supreme Court has unanimously and unequivocally established that RiksTV has an independent responsibility for clarifying the use of copyrighted material.

This ruling concludes the long dispute between RiksTV and the right holders - first through court proceedings with Norwaco, then through the case in question with TONO.

When the digital terrestrial network was established and RiksTV launched its first broadcasts in 2007, Norwaco took the position that RiksTV should be compared to other commercial TV operators, such as Canal Digital (now Telenor) and Get. RiksTV opposed that they were performing "retransmission" in relation to NCA (1961) Section § 34 and filed a lawsuit against Norwaco in 2010 to determine this.

RiksTV won the case against Norwaco in the first instance, in a ruling by Oslo District Court. Norwaco appealed the verdict, but later withdrew the appeal as a part of a major settlement with the television distribution industry after several years of conflict.

TONO went on to sue RiksTV pursuant to NCA (1961) Section § 2 (now § 3 in the new NCA (2018)), demanding compensation for the lack of clearance of music rights in foreign television channels distributed by RiksTV in the Norwegian terrestrial network. TONO won fully both in the district court and the appeal case in Borgarting Court of Appeals. RiksTV then further appealed the case to the Supreme Court, which has now ruled.

Reviewing the Supreme Court’s decision in the TONO-RiksTV case

As mentioned above, the Supreme Court has unequivocally ruled that RiksTV has an independent responsibility for clearing rights in the channels they distribute to their subscribers. Below we will look into the various issues that the Supreme Court dealt with in this case.

Is RiksTV performing a «communication to the public»?

The Supreme Court refers both to NCA (2018) Section § 3, which gives the exclusive right to make the work available to the public, for example by transmission, and to the InfoSoc Directive art. 3 (1), which grants exclusive rights to "communication to the public of their works, by wire or wireless means".

The Supreme Court summarizes in premise (41) that "the expression to ‘make the work available’ basically includes any dissemination of intellectual property regardless of the technical solution".

As it is not contested that RiksTV's subscribers constitute ‘a public’, the Supreme Court considers that both the facts of the case and all legal sources lead to the conclusion that RiksTV's distribution of channel packages to subscribers is subject to section 3 and undoubtedly should be deemed as communication to the public.

Should the Norwegian Copyright Act be interpreted and influenced by the broadcasting legislation?

RiksTV held that that the copyright legislation must be interpreted in line with the Norwegian Broadcasting Act and other legal broadcasting framework.

The Supreme Court disagreed with this, pointing out in premise (49) that the Broadcasting Act and its associated regulations are designed to address entirely different issues than those directly related to copyright. Subsequently, the Supreme Court argued that the broadcasting legislation were not suited to shed light on the understanding of either NCA (2018) Section 3 or the copyright legislation in general.

Furthermore, the Supreme Court in premise (50) emphasized that both the Copyright Act and the recitals of the InfoSoc Directive presupposes that the rights of the right holders should be interpreted widely and that this contradicts a restrictive interpretation of the wording of the Copyright Act's on the basis of the rules and systems in the Broadcasting Act.

Can and should the right holders seek licensing and remuneration from broadcasters only?

This argument is blatantly rejected by the Supreme Court, as in premise (52) states the following:

"(I)t is obvious that the agreement between RiksTV and the broadcasters cannot limit the rights of a third-party – the right holders – rights provided through Norwegian law. In addition, RiksTV cannot be freed from obligations under the law by referring to others having assumed the task of clearing rights."

In the same premise, the Supreme Court again refers to the purpose of NCA Section 3 and states that "the person making copyright protected material available has an independent obligation to clear rights even if others have assumed the task [of lincensing]".

Should RiksTV's actions be deemed as “mere provision of technical means”?

It is clear through practice from the CJEU that pure technical assistance to others' acts of communication to the public does not trigger an obligation to clear rights with right holders. The same goes for those whose participation is limited to provide technical equipment solely for the exploitation of others.

RiksTV argued that their distribution of protected works was of a purely technical nature, but this argument was also dismissed by the Supreme Court. The court found it clear that RiksTV offers its customers 'content' and that their role is not limited to providing technical equipment that gives access to the content. RiksTV's product cannot in any way be regarded as "mere provision of physical facilities", being the requirement laid down by the European Court of Justice. (Premise (58))

In principle (59), the Supreme Court continues:

"There is no doubt that RiksTV sells channel packages to its customers and not just a technical decryption service. This, the exception for technical services and equipment referred to in the recital of the InfoSoc Directive section 23 and in Ot.prp.nr.46 (2004-2005) page 140, is not applicable to RiksTV’s communication the public."

RiksTV argues that there is no "new public"

RiksTV further asserted that there is no obligation of clearing rights for RiksTV, because the broadcasts do not reach a different and new public than the original broadcaster intended to reach. They refer to the decision of the European Court of Justice in the Airfield cases, where the European Court of Justice stated that TV operators offering channel packages could only be responsible for clarifying copyrighted material if the channels were broadcasted to a public beyond the scope of the public of which the broadcaster reached with its [initial] broadcast.

The Supreme Court points out, however, that later practices by the European Court of Justice shows that there is no legal basis for interpreting the Airfield judgment in such a way that the operator is not subject to clearance if the operator makes the channels available only for the public that the broadcasts was intended to reach. The court refers to the decision in the SBS case, where it was established that the operator, not the broadcaster, were responsible for the clearance of rights because the programme carrying signals were only made available to the public through the actions of the operator.

Again, the Supreme Court concludes that RiksTV has an independent responsibility for the clearance of rights (premise (69)):

"Like the distributors in both the SBS case and in the Airfield cases, RiksTV has an independent commercial role; they put together a new audiovisual product through their channel packages. Subscribers pay subscription fees to RiksTV to access the contents of the programme-carrying signals. This way, it is RiksTV's subscription scheme that makes the copyright protected content available to the public. Thus, RiksTV has an independent responsibility for clearing their exploitation of copyright protected material with the right holders, pursuant to NCA (2018) Section § 3"

In assessing whether RiksTV has an independent responsibility to clear the rights with the licensees, the Supreme Court refers to premise (54) of their previous judgement in the case between Get and Norwaco, where the Supreme Court also unanimously laid down that Get had an independent obligation make sure their exploitation was cleared with right holders.

Premise (71) in the TONO judgment:

"The question of the distributor's obligation to clear rights has been contested and argued in the present case, though the Court cannot see that this provides any basis for another interpretation of NCA (1961) Section § 2 than the one assumed in the Get-judgment. RiksTV is not in a different position than other commercial TV operators."

Some players in the Norwegian audiovisual market have previously argued that premise (54) in the Get/Norwaco judgment should only be regarded as an "obiter dictum", and thus should have limited legal bearing. However, the Supreme Court's reference to and reiteration of the statement in their recent judgement clearly shows that premise (54) is a central part of the reasoning in the Get/Norwaco-judgement and that is to be seen as an important legal principle also outside the Get-case.

RiksTV further argued that they would not be able to obtain prior consent from all licensees. However, the Supreme Court dismissed this assertion, finding that this cannot be decisive when all other legal sources make it evident that RiksTV's distribution implies a communication to the public.

In addition, Norwaco will also (on our own behalf) note that TONO and Norwaco - both separately and together - can offer relevant and comprehensive licenses to RiksTV, as we do to other TV operators. NCA (2018) Section § 57 even has its own specific extended collective license, covering all forms of TV distribution, regardless of whether it is deemed as broadcasting or retransmission. In other words, it is neither difficult or impractical for RiksTV to obtain prior consent from the right holders for their distribution, provided RiksTV has the willingness to do so.

TONO won the legal battle fully – in all instances. All of RiksTV's claims and assertions have been clearly and utterly rejected by the Supreme Court in an unanimous decision. The verdict is an important principle ruling that might prove to be of great importance for other groups of right holders.